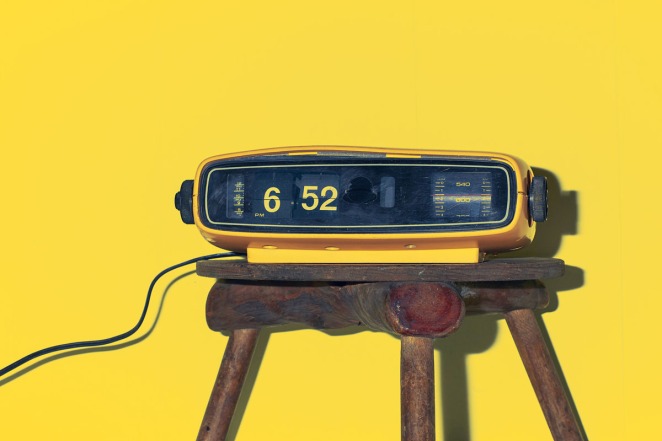 Happy new year everyone! You can bet that I have a huge list of things ready to check off for this upcoming year. No resolutions (okay, I do want to floss everyday) just 30 achievable one-time events or goals that can have a definitive “check” next to them. Lots of people get too ambitious with their yearly goals, but as long as you can track your successes (and failures) you’ll be able to make progress (or notice when you’re not). My 2018 list is inspired by some of the links below, like painting a mural, donating time to charity, and attempting some of my goals of before I’m ready.

For reading on long commutes to work: Why Leaders Eat Last.
To inspire more murals: Everlane’s 100% Human activation in NYC.
For adding more low-key laughter to your instagram feed: BC dude Hiller Goodspeed with drawings about doing your own thing, good advice, and the biggest wish of everyone I know.
For eating on everything: Vegan cheese sauce. I like to add a bit of smoked paprika and nutmeg to make it a little cheesier. I’ve eaten this sauce on nachos, pizza, and smeared on baked potatoes.
To remember before it’s too late: This Quote from Amy Poehler
To try: This ginger-y herbal cocktail, yum

Ps. This column is named after the newspapers and letters that my step-dad would pile up in the kitchen every week for things he’s ‘going to get to reading soon’ (and saving the comics for me). 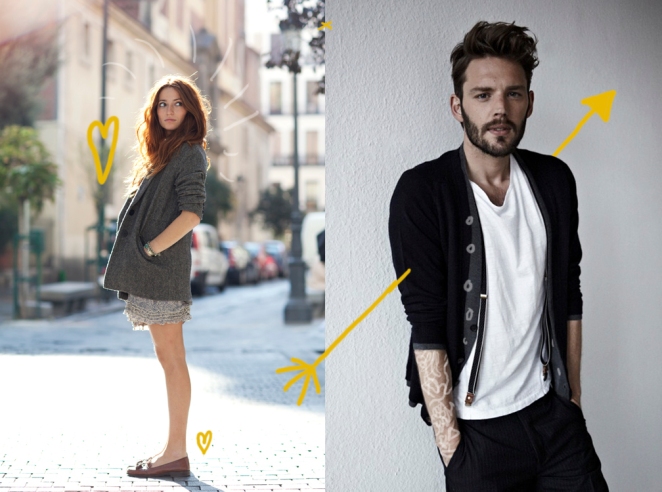 Look at these handsome specimens of humanity! Today I’m going to try and embody some of their natural ease.

Today is also trying to figure out how to live happily in that sweet spot, that spot where things are good and comfortable and lively. Does this make sense? I think I’m just feeling a little ‘blue’ lately, though I shouldn’t be… because that sweet spot is right here!

So happy Friday! I’ll send you off to your weekend with a photo that made me laugh. 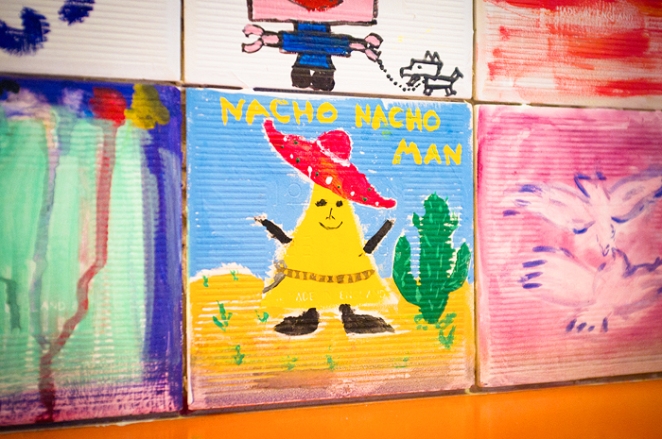 Top images from The Sartorialist & Scotch & Soda (via Garcon). 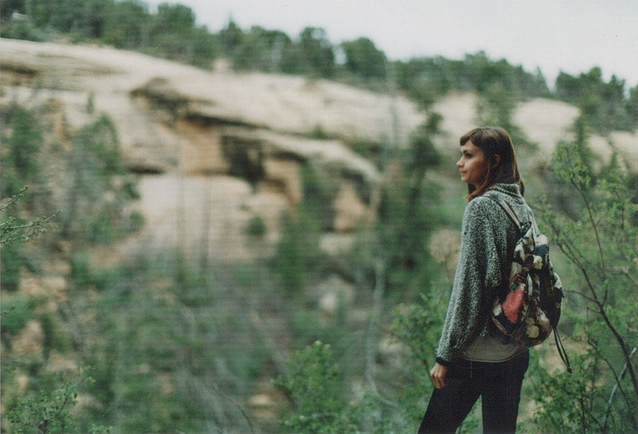 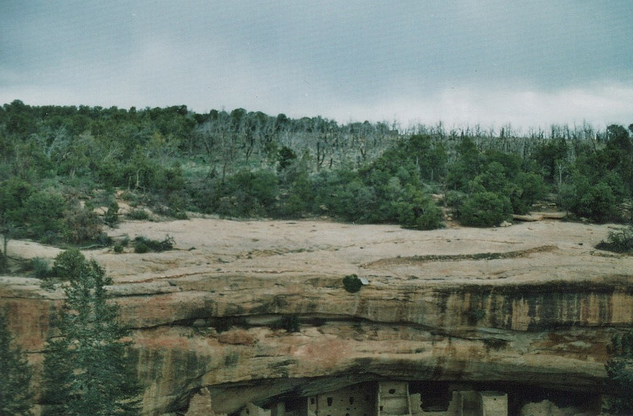 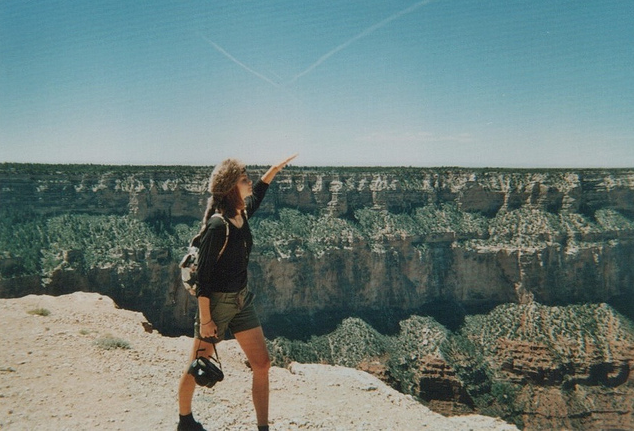 Just having one of those no-good, everything-is-a-stupid-face, dumb-dumb-dumb days. Can’t help but be sad and mad and just plain pissed off sometimes. I’m sorry world, today I’ll try to keep to myself… starting now. 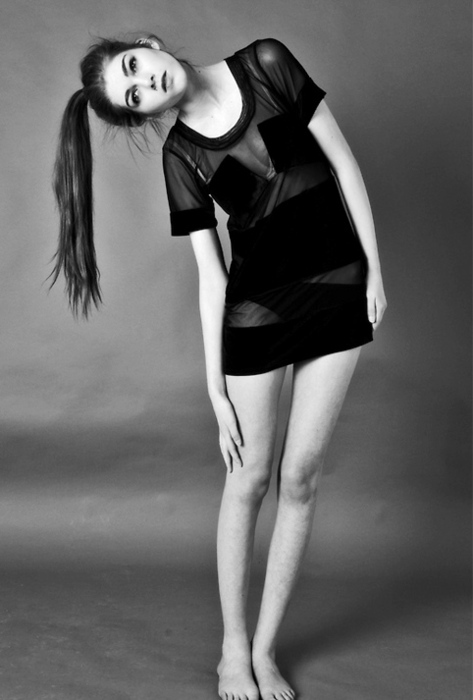 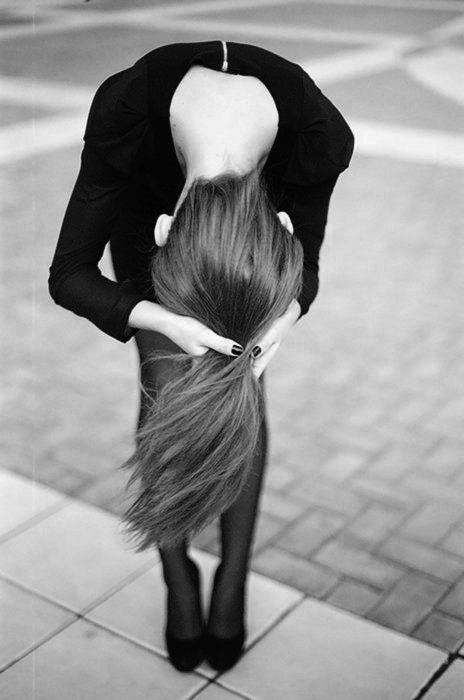 How do you get hair so long, or a voice so lovely?

It’s raining and dreary here in Toronto. I’m getting by on peanut butter and granny smith apples and visits from worldly friends. There are new green things outside! They get greener and bigger everyday! Hey springtime, I’ve missed you!!!

Images found via Dirty Pretty Things and Once Youth. The song is ‘You’re the One That I Want’ covered by Angus and Julia Stone. 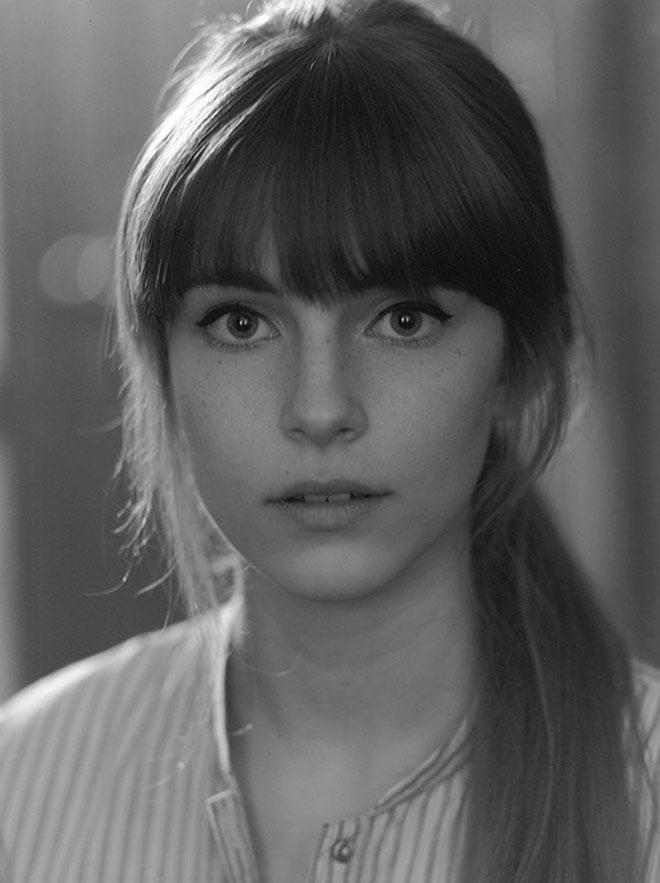 Probably the kind of girl who gets proposals daily, right? I shouldn’t even ask then. Too lovely. 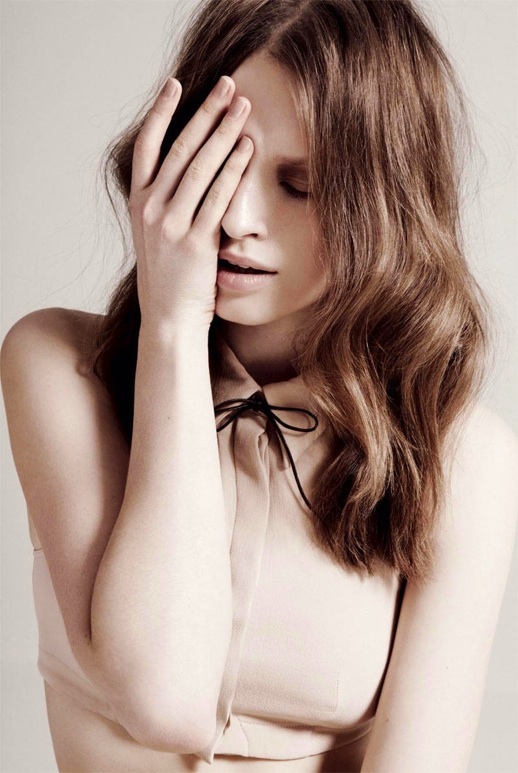 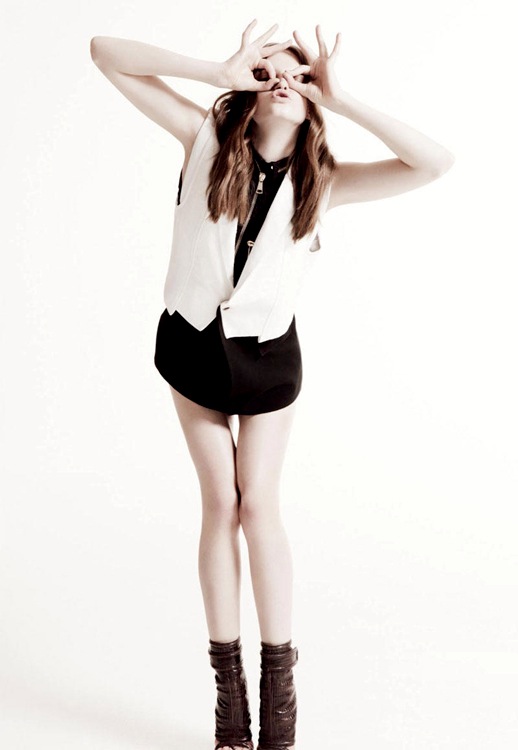 Whoa. I am sooo bad at getting my picture taken. Must. be. still. must. not. be. awkward. WHAT DO I NORMALLY DO WITH MY ARMS?! 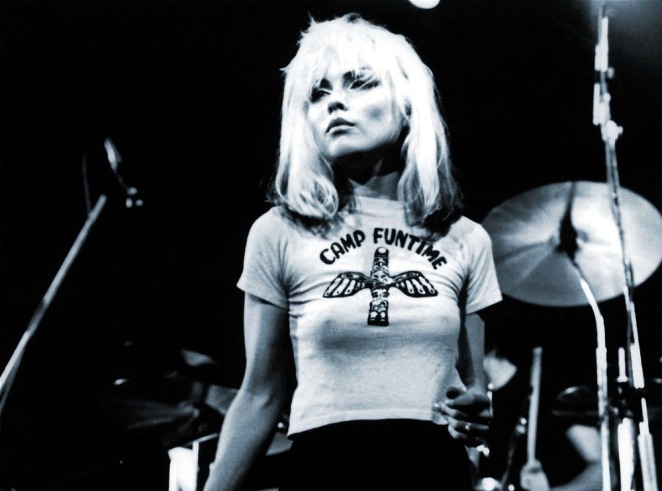 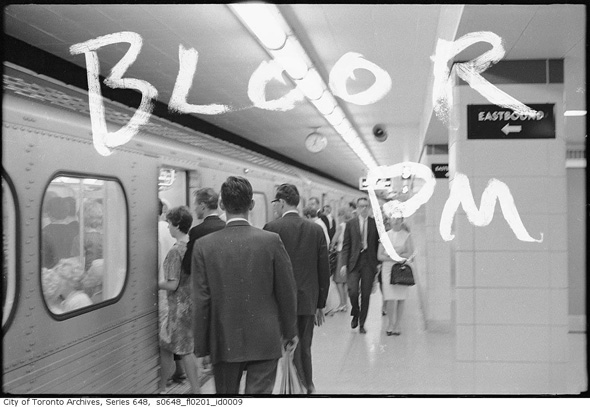 This weekend I am going to catch up on some sleep… and also have a pre-birthday party… Not sure that those two go together.

During Mardi Gras last week I had made a ‘recession piñata’* at the office but we forgot to use it so I’m bringing it home to hang up to hopefully then be destroyed/eaten on Saturday. Right now I am eating a Blue Raspberry ring pop that I took from the loot before stuffing it. I’m greedy like that.

In other news: I can sort of whistle now (this is BIG BIG NEWS, for me)! I have to pretend that I am blowing on a make-up brush for it to work, but gosh darn-it it works!

Have a great weekend!

Sidenote: we should start using ‘camp funtime’ as some kind of euphemism. As in, “Hey, what did you and Molly get up to this weekend?”, “Not much, just pitched a tent at ‘camp funtime’ and watched The Shawshank Redemption.”

*A Recession Piñata: is when you make a piñata out of the most basic supplies available. My version was two pieces of paper stapled together to create a sort of pouch which was then reinforced with more paper and more staples, then hung with a string. 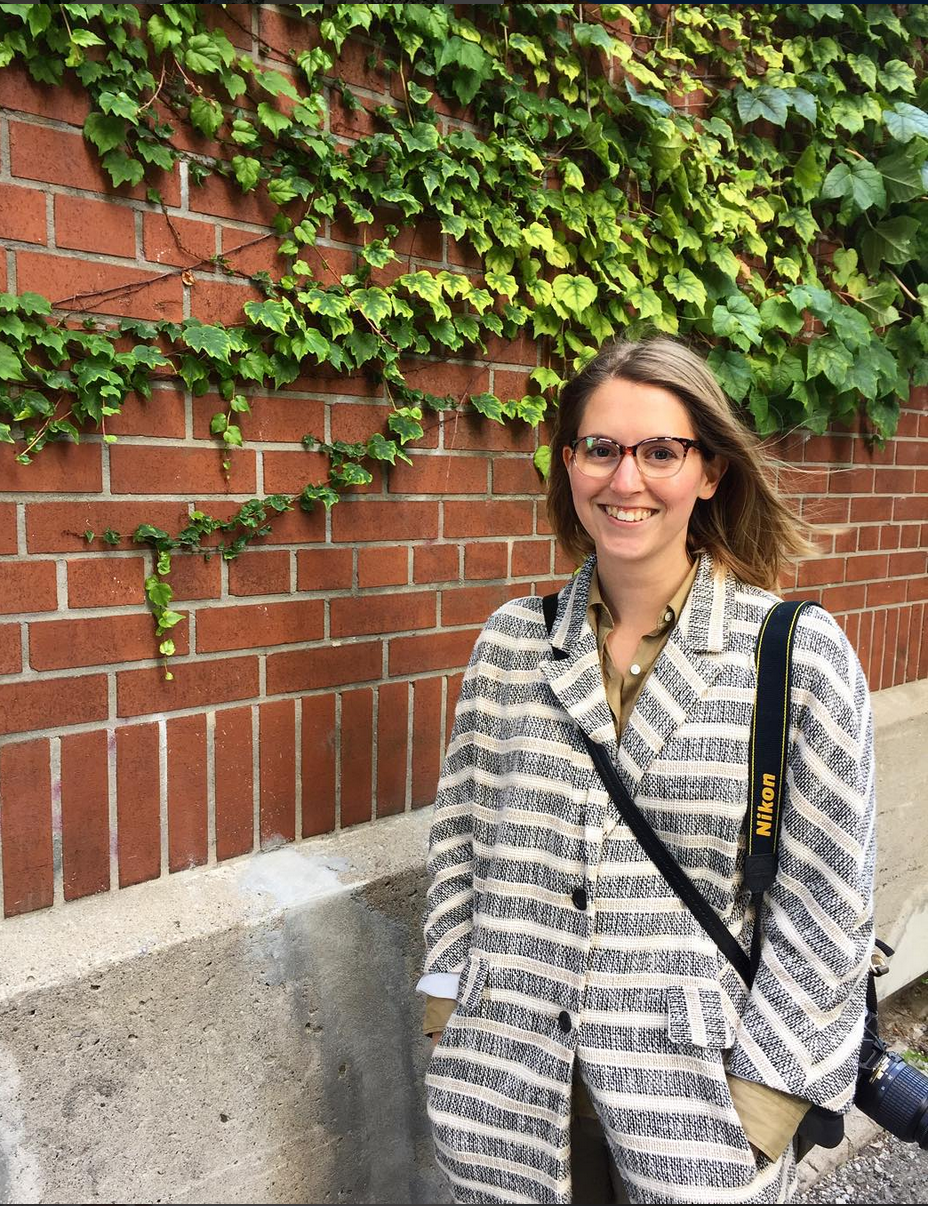 What I talk about

Goodbye Summer 🌸
#5minutebeachcleanup in Bonavista, Newfoundland Canada
I have this thing for @builtbylight
Bought a clear phone case a few months ago so I can switch up the insert whenever I like without having as much waste as a new case. And earlier this week I ate a box of tic tacs and made this terrazzo inspired phone case insert while talking on the phone to my brother. Trying to make more space for creativity and fun in my life even on a ‘school night’!
Spring has sprung and I am blooming. Post dance class outtakes in story. 🎥 @ladipa 😘 my forever dance partner.
Colour, plants, and trying not to make a weird face in front of the camera. These are the basic elements of most days of my life. 🌈
I saw a colour chart in the background of a photo and wanted to create something that played off of that traditional grid, but that also bled and melted into each other. 🌈
Sometimes you just have to paint a candle.
Wake, lake, repeat.
Ok Goods
Blog at WordPress.com.